Stephen Bekoe was born and raised on the westside of Chicago on September 11, 1989, to his artistic crafty mother, and his musically inclined father, whom is from Ghana. Since day one, music has had a heavy influence on him due to his father being an artist. In case you’re wondering where his stage name derived from, he used his unique last name; Bekoe which is an african base name. He graduated Bolingbrook High School in 2008 and decided to resume his education at College of Dupage. However, nothing interested him more than his love for the art of music production and song writing itself. Artists that has influenced him are Michael Jackson because of his entertaining ability, Lauryn Hill introduced Bekoe with soulfulness, Tupac Shakur with his street and political knowledge, and Kanye West by being a musical genius that also resides from chicago. Bekoe first started creating beats, his production creativity is what earned his respect from a lot of his peers. From there, he began writing music, which since then has drastically improved. In 2013 Bekoe released his first single titled iLLANOiZE produced by himself. He also added a visual shot by Chicago upcoming videographer Tracy Gardner. his video hit Youtube reaching 15k plus views and counting. His single also introduced his clothing brand iLLANOiZE Apparel which is becoming very popular city wide. Bekoe's iLLANOiZE movement has touch bases all over illinois from the city to the suburbs, highschools to colleges, and even other cities like Indiana, Milwaukee, Miama, Tennessee, and Mississppi. 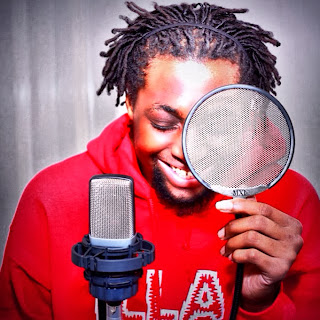 Bekoe has done many features, including Chicago female MC Tink. There video titled Work has over 30k views and counting. Tink has starred on Billboard magazine, Fake Shore Drive, and Red Eye newspaper. Bekoe has also worked with Lstreetz whom is signed to Charlie Baltimore new label BMB, she was also signed to Shawnna's label GMG. He worked with Chicago R&B singer & three time 106 & park winner for wild out Wendsnday Lovandre. Bekoe has also worked with Chicago native video vixen; Sinna. his Video titled Spread'Em Out Produced by Bekoe himself starring Sinna has over 125k views and counting. Sinna has also worked with 2chainz, Plies, Young Dro, and hot new artist Alsina Augusta, Sinna also stars in Strip Club Queens of Atlanta. Bekoe also worked with Chicago's upcoming video vixen Kandy Krush starring in his latest video titled DopeGirl set to release Black Friday. Last but not least Bekoe has also worked with the extremely popular Chicago videographer; AzaeProduction, Zae has shoot visuals for Cheif Keef, Lil Durk, Yo Gotti, French Montana, Jeremih and many more. It doesn't stop here, Bekoe has also made his stage presence known. He's performed at Tiger Ostylies, where Do or Die has once performed, the Rap Factory at an event where the lead singer from Three Piece made a special appearance. Club capitol, Club DAO located in Oak Brook, the Summer Soiree located in Bolingbrook, IL, and Club Lura which starred chicago's young star in the making Marvo.
Bekoe is a very hardworking artist when it comes to creating good music. He feels, it has such a deep meaning behind it all. When it comes to recording vocally, Bekoe is very diverse and touch basis on things that goes on in everyday life no matter the topic, he nails it with his aggressive flow and creative lyrics. Bekoe's main goal towards his music career is to create a better future for his family. Uplift the spirits of other underground Chicago artist that feel there is no hope, and most of all build on his artistry that will eventually brand his name as societies top musician. Bekoe states " iLLANOiZE movement is to unite us all, and show other states that Chicago music is still alive, and im here to keep it that way one bar, one song, at a time!"

We make our radio debut, and we'll also have special guests  @chanelle_tru  &  @panamera.p  coming through. You'll be able to st... 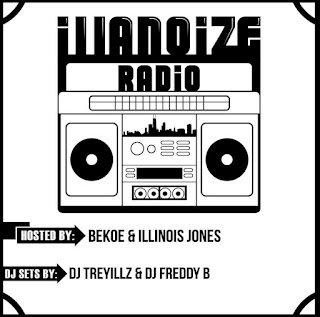